We often don’t know how difficult our life is except in retrospect. Consider electricity. Air travel. Computing. Big advances throw the past into stark relief. I think we’re very close to a new period like that now within business applications.

In Part 1 of this series, I discussed how the frameworks pioneered in DevOps and software development apply rather neatly to business applications management. In Part 2, I explored four specific ways to apply it, with one open thread—you need a way to translate your systems into code. In this final installment, I’ll share precisely how companies tie off that thread with Salto.

With it, you may realize that the way you’ve been managing business applications has been, in retrospect, difficult.

Let’s return to that final point I made in Part 2, where I explained the absolute necessity of applying the same process for managing one business application across all. As SaaS grows, there will only be more systems. More complexity is inevitable. You have to simplify with a common framework now, and get all those systems under control.

At Salto, we believe the best way to do that is to turn all your business applications configurations into a sort of code. It’s the only way to make them comparable and interoperable.

And by code, we don’t mean any existing coding language. Salto is built on a human-readable or “semantic” code called NaCl that extracts all your business systems’ configurations and translates them into one common declarative language. We call it “not another configuration language,” or NaCl.

Business applications engineers should be able to work on multiple environments at once (dev, test, staging, production). We chose to treat environments as first-class citizens and allow you to clone configuration elements from one environment to another, or to easily compare environments to see what’s changed.

The sum of these goals is a language that achieves precisely what we hoped to set out to do—translate all business systems configurations into a sort of “common language” that makes them all comparable and interoperable.

Torq is a no-code automation platform for security teams. The incident responses tasks you used to have to kick off manually—say, isolating a threat, locking users’ devices down, or detonating an attachment—Torq can string those together and run them for you in an automated flow.

With such a pro-automation outlook, Josh Thorngren, VP of Growth there, was similarly interested in automating some of the more laborious aspects of their business application setup. He’s a multi-startup veteran, yet with just him supporting the entire company, he knew it’d be labor-intensive.

“I have helped dozens, if not hundreds of companies with how they got Salesforce up and running,” says Josh. “But if I need to go into Salesforce and make an admin change, I still usually Google an article about how to do something. It's not easy.”

But Josh tried Salto’s open source components and found it cut down that time significantly. “I know it sounds hyperbolic. But in terms of planned hours versus actual execution hours, Salto was a 75% reduction in effort,” says Josh. “I had planned to build out our new Salesforce instance to specification and ready for users over four days. In the end, it took me only one.”

Now, rather than add things to the backlog and watch them pile up, Josh can change things within two hours. Now, everyone on the team can understand the “code” without him having to explain it. Now, he’s so effective that he may not need to hire—at least not yet.

“I recently spoke with a fellow marketing leader and she asked me, ‘How are your systems keeping up with your growth? I’m sure you’re starting to feel the pain.’ And I said ‘Actually, we’re not—and I’m not sure we will feel that pain. Normally at this point, I’d be hiring for systems help, but that’s not even on my radar because of what I’m able to do with Salto.’ Which is to say, with Salto, it’s easy. There's a clear structure and a clear language.”

Granted, Josh is an expert who knows the systems and precisely what he wants to achieve within them. That combination—business applications savvy plus Salto to view and make changes—is particularly effective. But anyone can try what he implemented.

Here’s how to get started with Salto yourself.

This is only the beginning. We haven’t even begun to report on some of the interesting multi-environment operations or cross-business application use cases happening right now.

(Nor does this account for Salto’s commercial application, which is fully hosted.)

I think it’s fair to say the world has transformed over the past 20 years. Businesses are using dozens of core applications and grappling with a never-before-seen degree of complexity and interdependence. When companies address that problem using principles already pioneered in DevOps, and do it with tools like Salto, I think we’re going to look back on any time before it as a time when life was very difficult.

Like electricity, aviation, and computing, I think our lives may soon be unimaginable without it. 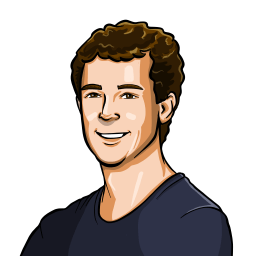 Gil is co-founder and CTO at Salto. He started programming at the age of 6 (Basic on Commodore64), and has been around computers ever since. Loves to build stuff—products, systems, teams, and organizations. Ex-VP Engineering at Oracle, VP R&D at Ravello Systems, IDF’s Unit 8200
Share 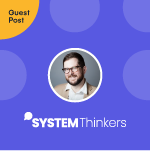 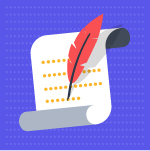 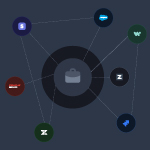 You Can Now Manage Your Cross-Application Configurations with Salto